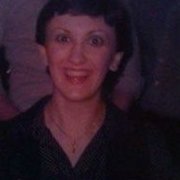 I heard someone on the radio singing Cwm Rhondda this morning. Well it is Sunday. It's been stuck in my head ever since so I've had to take drastic action to oust it. This is the result. I'm sure you

Just fished out my school report book. Yes, I still have it and it is 47 years ago to this very date that I spent my first day at the Manning.   I see from the reports in the book that I had

I feel inspired to add my own tribute to my old alma mater. The tune is well known, please feel free to join in. Apologies to any left wing members for misappropriation of their anthem.   TH