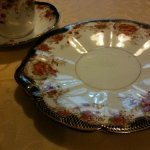 By BilboroughShirley,
December 3, 2016 in Technology

Vinyl is better than any form of digitised music. Everything that was on the original master tape is on the vinyl. When a CD is made the peaks of the soundwave are lost. MP3 is even worse.  The same a

I suspect that might be Garrard Red...   Nice vid here:  All is revealed..