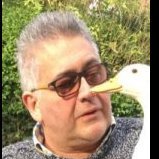 By Brut33,
November 18, 2018 in All other Nottingham Schools Discussions