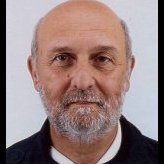 By Graham woodward,
July 13, 2021 in Images of Nottingham