Alfreton Road in the 60s 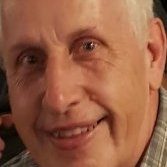 This is the corner of Alfreton Road, Bentinck Road. My wife’s grandparents owned Flints newsagents. This photo is early 1960’s.

Not quite, but nearly.   Look at this link, which is Player's official photo site. Scroll down a bit and there are several photos which nearly cover the area in question (and you can click o

This is the section of Alfreton Road between Wimbourne Road and Beckenham Road. I've seen lots of photos of the road further up showing Bentinck School, The Windmill Pub, Flying Horse, Jersey Kapwood